The new UK Government hub planned for New Waverley in the heart of Edinburgh’s Old Town has reached a significant milestone with the official ‘Topping Out’ of the office scheme set to be home to some 2,900 government workers.

The UK Government announced last year that it will relocate 2,900 civil service jobs to the new regional hub by 2020 under the terms of a 25-year lease. This includes HMRC, which will operate one of its 13 regional centres from New Waverley. This will be the UK Government’s cross-departmental flagship Hub in Scotland, which will function as the Scottish base of several government bodies, including the Office of the Secretary of State for Scotland, the Office of the Advocate General, the Competition and Markets Authority, the Office for Statistics Regulation, the Government Actuary’s Department and HM Treasury. Staff from the Health and Safety Executive and the Information Commissioner’s Office will also be based here.

The new Government offices will offer the highest levels of sustainability and operational efficiency, and employees will benefit from a contemporary design with added staff amenities including a landscaped roof area providing sweeping views across the Waverley Valley.

Speaking at the Topping Out ceremony, Neil Richardson, Commercial Director, Government Property Agency said: “This new flagship building is part of our radical upgrade of the Civil Service, and will support a diverse and creative workforce as they make a real difference to the lives of people living in Scotland.

“The hub will provide high quality, skilled jobs right in the heart of the city centre as well as contributing significantly to the local economy. Alongside significant savings for the taxpayer, the roll-out of Government Hubs will provide modern working environments across the whole of the UK enabling us to provide the best public services we can.”

Julie McHugh, Edinburgh Regional Implementation Lead, HMRC spokesperson added: “Locating HMRC to a new regional centre in Edinburgh in the New Waverley development is another step in HMRC’s transformation into a modern, digitally advanced tax authority. This unique city centre location will bring our teams together to promote closer working relationships as well as increasing our effectiveness in collecting taxes.” 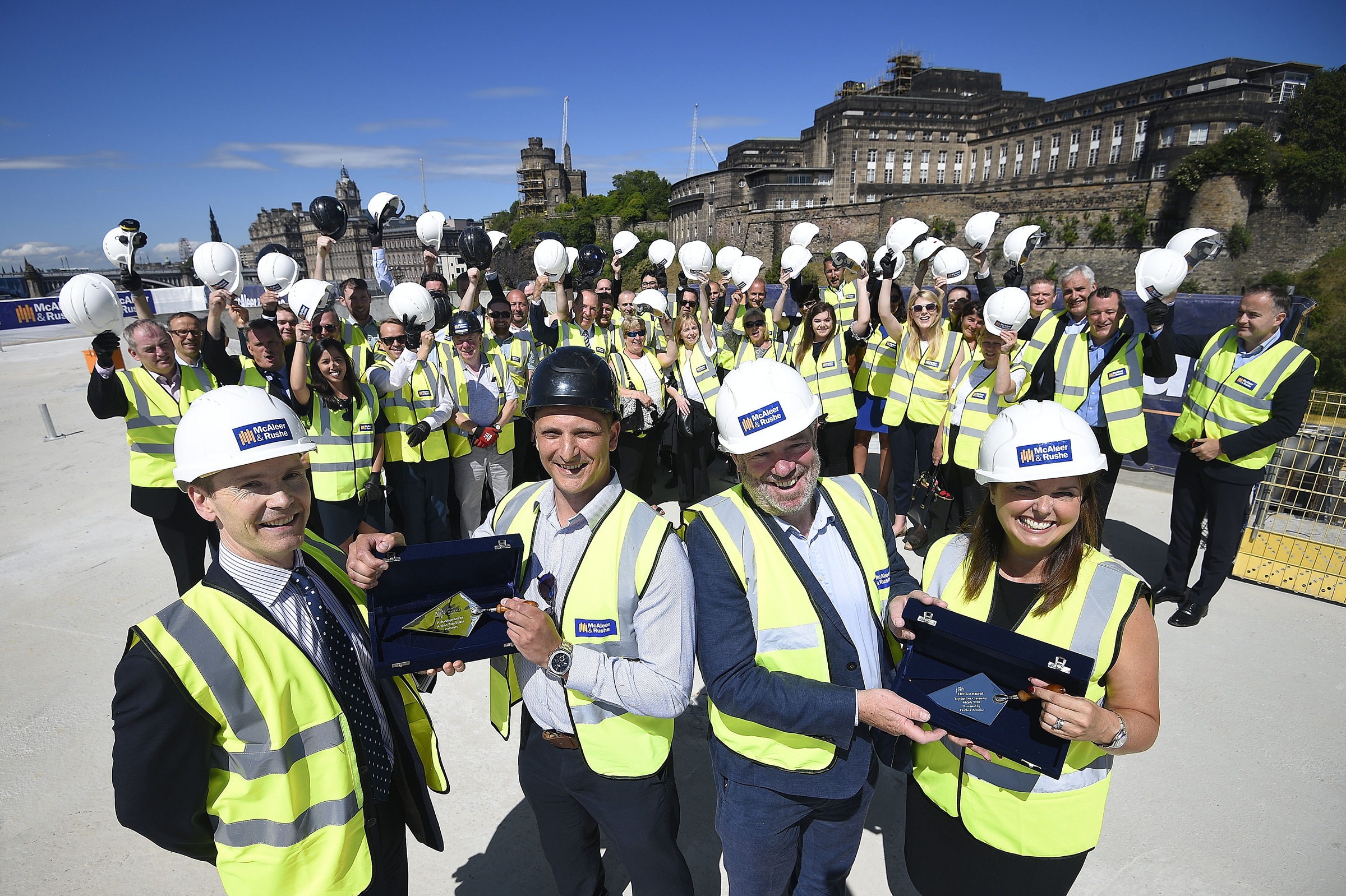 Welcoming the UK Government to New Waverley, Clive Wilding, Artisan’s project director, said: “Bringing the UK Government hub right into the historic heart of Edinburgh is a ringing endorsement for what we are building here – not just for New Waverley, but for the city of Edinburgh and for Scotland. It sends out an important message that our city centres have the interest, value and capacity to attract investment from the very best employers, setting an important precedent for Edinburgh and the rest of Scotland.

“For New Waverley, it’s another significant step of our journey to restore life, vitality and energy to this very special part of Edinburgh’s historic city centre, and will be a natural fit for the exciting and vibrant mixed-use community we are creating here.
“People coming to work here will enjoy an unmatched working, leisure and living environment. On their doorstep will be one of Scotland’s major transport hubs as well as an eclectic mix of shops, hotels, cafes, bars, restaurants and homes in a location that reflects both the best of the city’s heritage and its future.

“They will find that New Waverley is a genuinely unique destination in which to work, live and enjoy time out. This is a transformational development of a UNESCO Heritage site, in one of the world’s most iconic yet delicate locations. It’s pioneering the future, whilst preserving the past, representing a blueprint for sensitive yet positive city-centre regeneration.”

Reaching the Topping Out stage of the office hub is also a significant milestone for New Waverley contractors, McAleer & Rushe, who are on target to complete the commercial phase by summer 2019.

Construction of the two interlinked office buildings totalling 230,000 sq. ft. brought its own particular challenges, including overcoming a 40 ft. gradient which runs from the Royal Mile down into the Waverley Valley. This means that both buildings are built into the side of the hill, with the ground floor access into the public plaza on one side becoming the building’s second level further down the slope.
The buildings have a significantly large concrete frame composed of 15,000 cubic metres of concrete, all of which was non pre-fabricated and poured on site. The facades of the completed buildings will be clad in the highest quality Stanton Moor buff sandstone to reflect the unique heritage and environment of their immediate surroundings.

Shane McCullagh, contracts director from McAleer & Rushe added: “This strategically important landmark building provides a spectacular focal point and destination for the wider New Waverley development. It’s a challenging development to complete, especially considering its unique location at the heart of Edinburgh’s UNESCO World Heritage site, but one that is being delivered on time, on budget and with the highest safety standards.

“Now that we have ‘Topped Out’ the office buildings, the true mass, vision and scope of the entire New Waverley masterplan is now apparent, and it’s a fitting testament to our team on site and the whole development team that so much has been achieved in a relatively short timescale. We are appreciative for this opportunity in the ongoing partnership with Artisan and very much look forward to handing over the completed offices to the UK Government in 2019.”

New Waverley’s office development was sold in October 2017 by Artisan to Legal & General, who secured the development on behalf of Legal & General Retirement which invests in high-quality long-term UK assets that generate income streams that match its commitments to pensioners.

The development has won three place-making awards in the last year – including best regeneration project for both the Scottish Property Awards and the Royal Institute of Chartered Surveyors (RICS). The scheme’s architects are Allan Murray Architects.

For more information about the progress at New Waverley, visit www.newwaverley.com.

Insight straight into your inbox

Sign up for industry opinion and insight on the built environment