On Friday (28th September), 165 people from architectural practices, universities, and many other construction focused businesses across the East Midlands took to the streets of Nottingham in a bid to uncover hidden clues and solve a series of puzzles as they explored the city’s nooks and crannies on foot, covering over 700 miles in total. This year’s victors were Callum Withers of Gleeds, with teammates Chris Dodd, Oliver Loomes and Leigh Kennedy, who managed to score 7650 points over the course.

Gleeds was once again supported by local sponsors CouchPerryWilkes, BWB, Freeths and CPMG in its mission to raise £2,500 – the cost of dispatching the service’s state of the art helicopter in response to an emergency call. Treasure Hunt organisers and quantity surveyors at Gleeds, Stuart Neal and Matthew Miles, were therefore delighted to be able to present Karen Carter from the Lincs & Notts Air Ambulance with a cheque for £3,620, far exceeding the team’s original target. 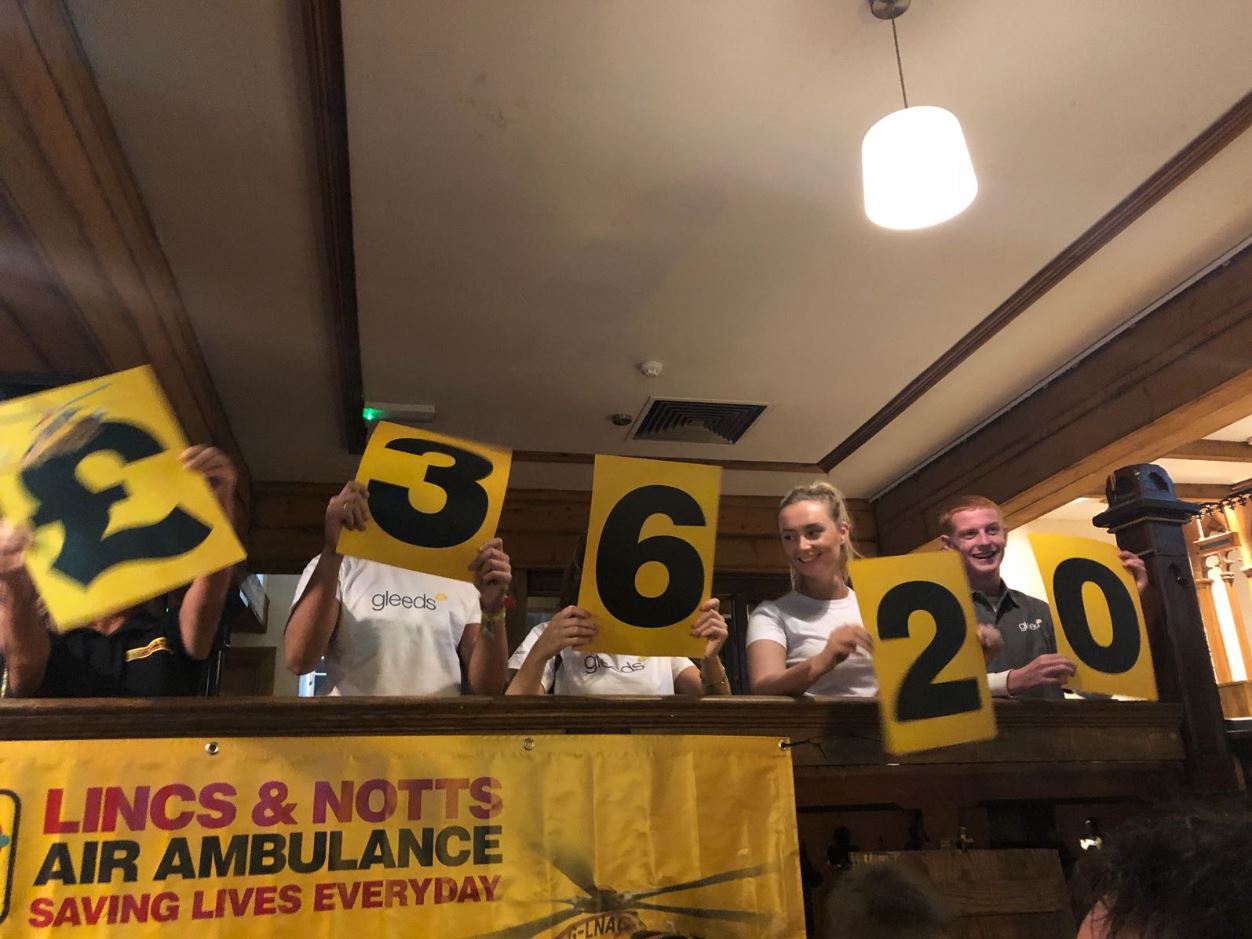 Commenting on this year’s event, Stuart said: “I have been running the Treasure Hunt for the past four years and have seen it go from strength to strength. I am incredibly proud that so many people from the construction industry in our region give their time to support the vital work charities like the Lincs & Notts Air Ambulance do”.

Karen Carter went on to add: “It is always great to hear about the fantastic ways in which people choose to raise money for our Charity – such as this fun treasure hunt. As we receive no direct Government funding, events like this are vitally important to us. Thank you to the organisers and to everyone who took part for raising this incredible amount of money.”

The Lincs & Notts Air Ambulance delivers a Helicopter Emergency Medical Service (HEMS) clinical team directly to the scene of an incident or accident, tending to patients in what is often their greatest hour of need. Its state of the art helicopter and highly trained crew have undertaken over 19,200 potentially life-saving missions since the service’s formation in 1994.

Insight straight into your inbox

Sign up for industry opinion and insight on the built environment